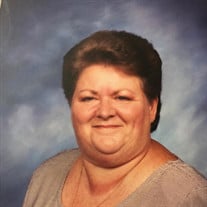 Barbara Jo Weatherford, age 68, of Darlington, South Carolina, passed away on Thursday, March 21, 2019. Jo was born July 12, 1950, in Hartsville, the daughter of the late Hazel Eugene and Mildred Lee Shoemake. She worked briefly outside of the home, but spent most of her life as a stay at home mom raising her kids and caring for grandkids. Friends and family remember her home as an open and welcoming place where everyone found love and care. Jo married her high school sweetheart, Ralph Weatherford of Darlington on August 6, 1970 in a private ceremony in Charleston. They had three daughters, Angie, Kim, and Shannon. Jo Weatherford – beloved wife, mother, grandmother, sister, aunt, and friend. She will be greatly missed by her family and all who knew her well. She was preceded in death by a child from a miscarriage and her sister, Lillian Knight. She is survived by her husband, Ralph; their three daughters, Angie Brown (Eric) of Alma, Georgia; Kim Shoffner (Jason) of Society Hill; and Shannon Wall (Andy) of Darlington; eight grandchildren; and her brother Marion Shoemake of North Carolina, and sister Ann Huggins of Hartsville. Funeral arrangements are being handle by Kistler-Hardee Funeral Home of Darlington, South Carolina. The family will be welcoming guests for visitation on Sunday, March 24, 2019 from 6-8pm. The funeral service will be held in the Kistler-Hardee chapel on Monday, March 25, 2019 at 2pm. Rev. Eric Brown and Rev. Cyrus Shoffner will be officiating. Pallbearers are: Jason Shoffner, Gracen Shoffner, Justin Shoffner, Jake Shoffner, Andy Wall, and Cody Wall.

The family of Barbara Weatherford created this Life Tributes page to make it easy to share your memories.

Send flowers to the Weatherford family.