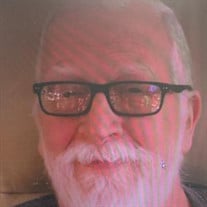 Charles Eli Shoppell Sept. 9, 1964 – April 22, 2022 Charles Eli Shoppell passed away peacefully on April 22nd, 2022 at his daughter’s home surrounded by family. He was being attended to by McLeod Home Hospice. Charles (Chuck) was born in Boothwyn, Pennsylvania to the late Roy and Ethel Shoppell on September 9, 1964. He grew up working in the well business with his father and eventually started his own business. Later he became a tractor trailer driver and did this for 27 years until he retired due to a disability. In 2000, Chuck moved with his family to South Carolina. He was a simple man that loved the outdoors, camping and bonfires with friends and family. In December of 2017 he moved with his wife to Myrtle Beach and bought a condo near the water. He spent 3 years remodeling it all while fighting cancer. Chuck enjoyed long walks on the beach and watching the sun rise with his sidekick Aspen. They both enjoyed the beach and water. Most importantly he loved his family and always put them first. Charles is survived by his wife, Deborah Ann Shoppell; his children, Brett Walls (Heather) of Georgetown, DE, Chelsey Williams (Bradford) of Timmonsville, SC, Charles Shoppell Jr (Kristi) of Florence, SC, Jessica Revell (Joseph) of Darlington, SC, daughter-in-law Kylee Walls of Manheim, PA: his 11 grandchildren (whom he was very proud of); and his brother Roy Shoppell of PA. Charles was preceded in death by his son Dustin Earl Walls and parents listed above. At his request, there will not be a funeral service, just a private gathering with immediate family. He has requested that if donations in his memory would like to be made, they can be sent to the McLeod Home Hospice, or the Tunnel to Towers Foundation in which he was very fond of.

The family of Charles Eli Shoppell created this Life Tributes page to make it easy to share your memories.

Send flowers to the Shoppell family.