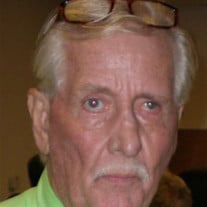 O. DAVID HATCHELL, JR. David was born March 10, 1947 in Florence, SC and passed away May 16, 2018 in Florence. He was the son of the late Otis David Hatchell, Sr. and Claudia Hewitt Hatchell . Special family members include sisters Joyce Lunn, Brenda Kirby (Kenneth), and Harriett Hatchell of Florence, and Dianne Moore (Johnny) of Lynchburg, and a host of nieces and nephews especially “Little” Harriette who went above and beyond using her nursing skills to assist her Uncle David through his final days. David is survived by his son Jonathan David Hatchell and his special friend of 26 years, Frank McIntyre. The Hewitt line of David’s family traces back to the Mayflower and family members can qualify as members of the distinguished “Mayflower Society”. David graduated from McClenaghan High School in Florence and later received a Bachelor of Science degree from Methodist College in Fayetteville, NC. His biography is noted in Who’s Who in America: A Biography of Notable Men and Women In the 1960’s, he was a member of the South Carolina National Guard. Later David moved to Washington, D.C. to pursue a career with the United States government working at the General Accounting Office (GAO) and later with the General Services Administration (GSA). His career lasted for 29 years before he retired and moved back to Florence. He then pursued a second career in education, becoming a business teacher at West Florence High School. His second retirement occurred in 2016. He loved finding many of his former students gainfully employed in local Florence businesses. He used his business and financial skills in his community, serving as Treasurer of the Forest Lake Homeowners Association where he lived on the lake with Frank. He was also an avid art collector and loved the Art Deco period, especially the Russian artist Erte. His home was a showplace for his art and Frank always found the perfect place to display each piece of his collection. David wanted to acknowledge his love for the many animals in his life, particularly Randolph, a Cocker Spaniel; Zoe, a white Samoyed; Walker, another Cocker Spaniel and most recently Nemo and Sheva, both pure bred Siberian Huskies. All have given him great joy. David had a quick wit and kept his family, friends and co-workers amused and laughing. He enjoyed the lighter side of life and always expressed an interest in others. He was generous in helping people in need. The family would like to thank Hospice House of McLeod Hospital and their staff and nurses for all the loving care shown during David’s illness. A memorial service will take place at 4:00 pm on Thursday, May 24, 2018 at Florence Memorial Gardens, 3320 S. Cashua Drive, 843-662-9712 Cremation Services are being handled by Kistler Hardee Funeral Home and Crematory of Darlington. You are invited to sign a guestbook at www.kistlerhardee funeral home.com

O. DAVID HATCHELL, JR. David was born March 10, 1947 in Florence, SC and passed away May 16, 2018 in Florence. He was the son of the late Otis David Hatchell, Sr. and Claudia Hewitt Hatchell... View Obituary & Service Information

The family of O. David Hatchell created this Life Tributes page to make it easy to share your memories.

Send flowers to the Hatchell family.