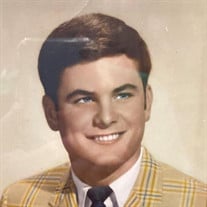 Frank Copeland, Lamar, South Carolina Frank Preston Copeland, III of Lamar passed away Saturday, November 20,2021 after an extended illness. Frank, born in Florence SC, was the son of Frank P. Copeland, Jr. and Mincy Hodges Copeland. He is survived by 2 daughters, Shannon Copeland Vause (Glen) and Britton Copeland Epps (Bryan) and 7 grandchildren, Graysen Delaney Burris, Preston Holden Burris, Hampton Copeland Epps, John Hudson Epps, Sullivan Oliver Epps, Anna Claire Epps, and Whitman Burgin Epps. He is also survived by his sister, Mincy C. Peterson (Jim), one nephew, James Wofford Peterson, III and several cousins. Frank enjoyed an active life, playing football and running track in high school, and camping, hunting, and fishing with his friends and uncles. He was an Eagle Scout who always looked out for the younger kids in the neighborhood. He was a Red Cross Water Safety instructor who worked on the Camp Coker waterfront for several years and taught many children in Darlington how to swim. Frank graduated from St. John’s High School in 1963 and from Clemson University in 1967 where he was a class vice president and class senator. He graduated in the first dental class at MUSC in 1971. He was married to Claire Terry Copeland in 1970. After graduation from dental school, he served in the Army Dental Corp from 1971-73 where he was attached to Selfridge Air Force Base. Following this, he attended Temple University where he completed his work in Pedodontics. He practiced Pedodontics in Florence from 1975 until the early 2000s. After retirement, he lived on the family farm where he loved riding either horses or tractors for many years. He loved the outdoors whether hunting, fishing or just being on the farm. When not enjoying the outdoors, he was an avid reader. A memorial service will be held at Salem United Methodist Sunday, November 28, 2021 at 3 pm. Visitation will be from 2-3 pm prior to the service. Interment will be private. Memorials may be made to Lamar Cemetery, PO Box 2, Lamar, SC 29069 or to Salem United Methodist Church, C/O Sandra Hudson, 1574 Hibiscus Road, Timmonsville, SC 29161. Kistler –Hardee Funeral Home is in charge of arrangements.

The family of Dr. Frank P Copeland III created this Life Tributes page to make it easy to share your memories.

Send flowers to the Copeland family.