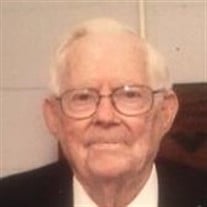 Florence, SC Philip Randolph Sandifer Philip Sandifer, 96, died November 11, 2016 at his home. Funeral services will be held Sunday, November 13, 2016 at 3 PM in the chapel of Kistler-Hardee Funeral Home in Darlington. The family will receive friends one hour prior to the service at the funeral home and at all other times at the family home. Mr. Sandifer was born in Florence County. He was the son of the late Charles Hightower and Irene Zehe Sandifer. He lived in Florence all his life. He was a veteran of WW II having served in the United States Army in the Persian Gulf Command, where he received two Bronze Stars. After the war, he returned home and married Lilla Ruth Cox of Hemingway, South Carolina. Together they raised a family of four children. His life evolved around his family, his work, and his church. He worked for many years as a Refrigeration Engineer at City Products and later retired from Flavorich after more than thirty years of service. He was a member of Quinby Baptist Church. His community service included being a member of Amity Masonic Lodge #340 A.F. & M, where he recently received his sixty-year pin. Survivors include his wife of sixty-four years, Lilla Ruth C. Sandifer of the home; two sons, Randy Sandifer and wife Nancy, of Cheraw and Chris Sandifer and wife Sally of Spring Hope, North Carolina; one daughter, Jenny Hardee and husband Todd, of Darlington, one sister, Catherine D. Sandifer of Florence; Seven grandchildren, Sarah S. Messina and husband Philip of Fort Mill, Katie S. Palmer and husband Matt of Rock Hill, Sally Hope Johnson Snider and husband Chris of Florence, Templin Hardee and wife Jennifer of Darlington, Josh Sandifer and wife Elizabeth of Cheraw, Sandy Hardee, and Lawrence Sandifer, both students at Clemson University; five great grandchildren, Cooper Ford, Liam Snider, Vivian Palmer, Luke Messina, and Jayce Hardee. He was predeceased by his daughter, Helen Hope Sandifer Johnson, an infant baby boy, his brothers, Charlie, Tommy, Donald, and Larry and his sisters Sarah Gene Sandifer and Mary Alice Webber. The family suggests memorials be made to The Darlington Free Medical Clinic 203 Grove Street, Darlington, SC 29532 or to Amedisys Hospice, 500 Pamplico Hwy, Suite D, Florence, SC 29505

The family of Philip R Sandifer created this Life Tributes page to make it easy to share your memories.

Send flowers to the Sandifer family.