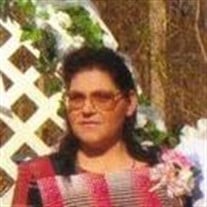 Darlington, South Carolina Rhonda Boykin, 57, of Darlington died on Thursday, October 27, 2016. Funeral services will be held on Monday, October 31, 2016 at 3 PM in the Chapel of Kistler-Hardee Funeral Home. The family will receive friends from... View Obituary & Service Information

The family of Rhonda Boykin created this Life Tributes page to make it easy to share your memories.

Send flowers to the Boykin family.