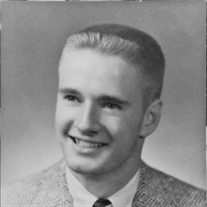 Darlington, South Carolina William David Hood, Sr., of Darlington died on Wednesday, November 24, 2021. Funeral services will be held on Friday, November 26, 2021 at 1:00 PM at Kistler-Hardee Funeral Home Chapel. Burial will follow in Grove Hill Cemetery. The family will receive friends from 12:00 PM to 1:00 PM on Friday, November 26, 2021 at the funeral home, and other times at the home.  William, better known as Dave was born on December 28, 1934 in Richmond, Virginia. He was the son of the late, Jesse Anderson Hood and Eufala Marable Hood. Dave graduated from Thomas Jefferson High School in Richmond, Virginia. He received a double major in psychology and business from Davidson College in Davidson, NC. Dave worked with US Plywood where he was the regional sales manager and after moving to Darlington he was employed with Diamond Hill Plywood where he was Vice President of Sales. He remained busy after retirement where he and his wife of 60 years, Nila enjoyed traveling, visiting family and spending time outdoors. Dave accomplished a lot in his life time and was very instrumental in Cub Scouts, having served as Cub Master in Atlanta, Georgia and later on started Cub Scouts Pack #502  in Darlington, SC. He was a member of the Jaycees in Hampton Roads, Virginia and Raleigh, North Carolina. Dave also was a member of the Darlington Presbyterian Church where he served as a Deacon. He served on the Board of Directors for the "Greater Florence Area Habitat for Humanity" and was President, Secretary, and Treasurer for the Brockington Hunting Club. Dave had a special love and will be missed driving his green 1978 Ford Station Wagon around town.  Surviving are his loving wife, Nila Hood; his children, William David Hood, Jr., Mark Harrison Hood, Sr. and wife, Joyce, Jessica Hood Flowers and husband, Jesse, and Daniel Garland Hood; 11 grandchildren; 1 great granddaughter; and numerous nieces and nephews.  Dave was preceded in death by 5 sisters and 1 brother.  Memorials may be made to the Lord Cares, 201 Grove Street, Darlington, South Carolina 29532. Family and friends are invited to sign the online guest book at www.kistlerhardeefuneralhome.com

The family of William David Hood created this Life Tributes page to make it easy to share your memories.

Send flowers to the Hood family.